Ada Lovelace Day: Celebrating the achievements of women in STEM

Posted 2 years ago in Tech by Ruth James 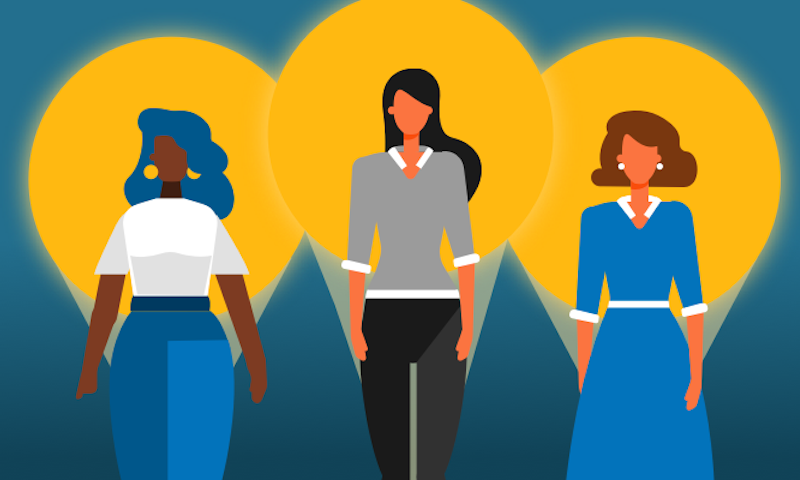 The 13th October marks Ada Lovelace Day – an international celebration of the achievements of women in science, technology, engineering and maths (STEM). It aims to increase the profile of women in STEM and, in doing so, create new role models who will encourage more girls into STEM careers and support women already working in STEM. Not only does technology become more relatable when the role models look like you, but it also makes room and acknowledges a more diverse and inclusive space for everyone.

You may have heard about Ada from the blog I wrote last year on Ada Lovelace Day. This year, I thought I’d highlight three other amazing women in tech.

Stephanie arrived in the UK at the age of 5 as a refugee of Nazi Germany. From a young age she quickly developed an aptitude and enthusiasm for mathematics. At high school she was awarded a scholarship at a girls’ school and had special permission to attend maths class at the boys’ school up the road because maths was not taught at her school.

In her early 20s, Shirley started working for the Post Office Research Station in London as a Scientific Assistant – here she built computers from scratch and would write code in machine language. After years of constantly hitting her head against the glass ceiling, she decided to start her own software company. Unfortunately, the sexism in the technology sector meant she was unable to obtain work through her business development letters. Her husband, almost jokingly, suggested she use her family nickname ‘Steve’ when signing these letters – so she did, and the work started to pour in. Stephanie started employing more women engineers to work for her – they all worked flexible hours and were home based.

Her company eventually employed over 8,500 people. When the company was floated on the stock market, it was valued at over 3 billion dollars. Stephanie, along with 70 of her staff (who were shareholders), became millionaires overnight!

Now retired from her tech company, Stephanie spends her time and money in the philanthropic space.

Born in East London, Anne-Marie was, quite frankly, a child prodigy. She took her GCSEs at Primary school and her A Levels at the age of 11. At 20, she was studying for her Masters degree, making her one of the youngest people to earn a masters degree in mathematics and computer science from Oxford University.

In her early career, Anne-Marie worked for some of the world’s biggest corporations, including Goldman Sachs, Hewlett Packard and Deutsche Bank (to name a few).

But in 2013 she launched and became the CEO of Stemettes. Stemettes is aimed at girls and women aged between 5-21 years old, specifically targeting young women who haven’t necessarily joined the workforce yet.

When hosting Stemettes events, Anne-Marie insists they must always be: Free, Fun, and have FOOD!

Through Stemettes Anne-Marie wants to challenge the ‘social norms’, she believes you can’t be what you can’t see. She wants to champion women and girls in tech and show that there are role models and opportunities for them.

Ezel moved to Nelson, Aotearoa, in 1997 with her parents from Turkey when she was a toddler. She credits her relentless work ethic to growing up in an immigrant family, where she was taught the value of hard work.

At 18 years old, she made a difficult decision to leave her computer science degree in favour of bringing her first mobile app to life.

By the time she was 25, she already had three successful and innovative start-up enterprises under her belt.

Being a young female technology entrepreneur, Ezel describes being underestimated:

“There was a really big period of time where people would only talk to my male co-founder and they would never look me in the eye”. She talks about feeling judged that “here’s this girl, she doesn’t know anything, she’s so young, she doesn’t have any experience”.

Ezel is keen to share her experience with young women, and she encourages them to look at the wide range of roles within the technology sector:

“The realm of development and the realm of technology does not just fall with computer science or software engineering. There are opportunities to be creative and problem solve whether it is as a developer, or through product management and figuring out customer needs, figuring out digital solutions, or working with companies that sell technology”.

To continue this dialog of women in tech and encourage the next generation into this space, Xero has teamed up with the She# team to launch: